To help NGO Action Against Hunger mobilize governments on hunger issues around the world, we imagined the #nutrir campaign. This hashtag was of a word of our own invention, designed to describe that more than feeding people, fighting hunger is key into developing countries. Studies showed that well-fed countries developed average IQ, GDP and incomes, to name a few. The website is a "Butterfly effect" journey through the life of a symbolic character which by fighting hunger is developing her own skills and is also affecting the people around her. Each step of the website is build around a fact or figure and a representation of the effect on the surrounding world. Ending with an invitation to tweet to presidents and ministers to grow awareness. 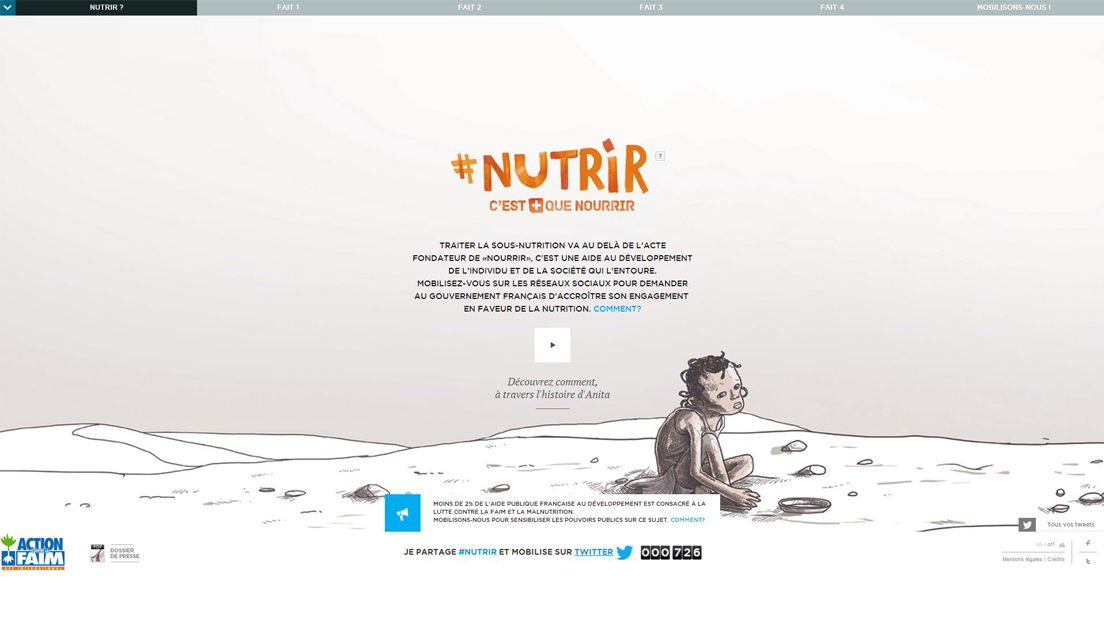 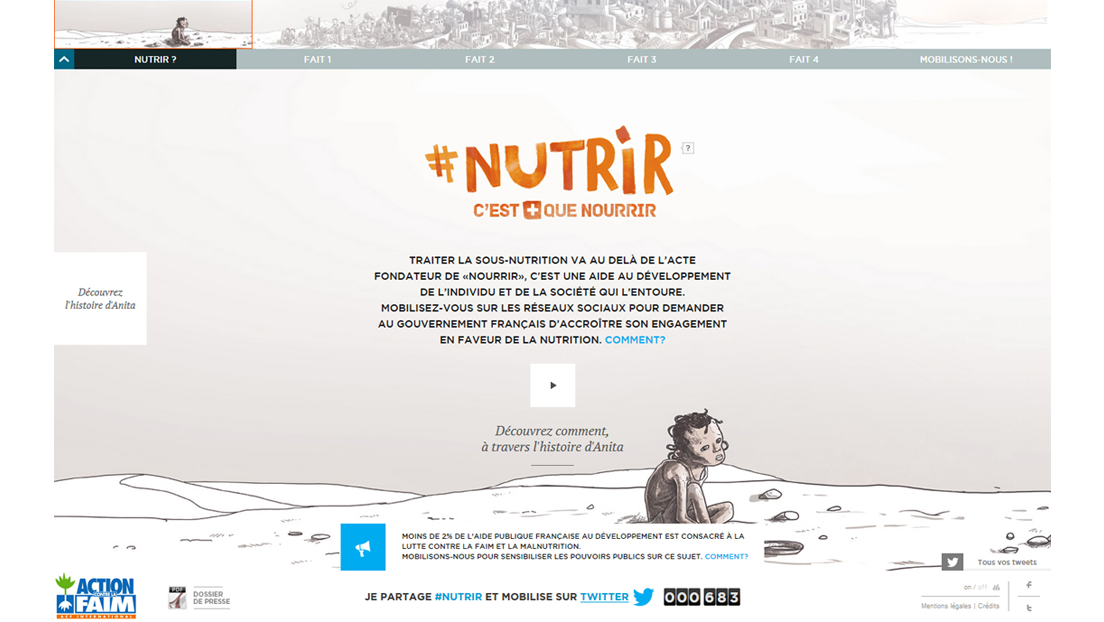 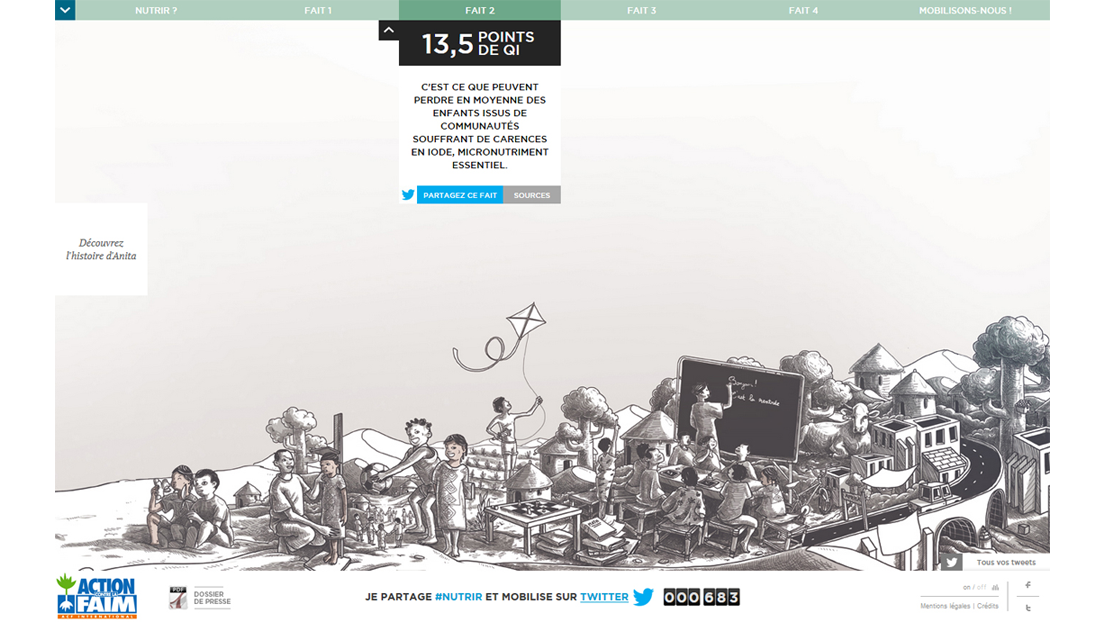 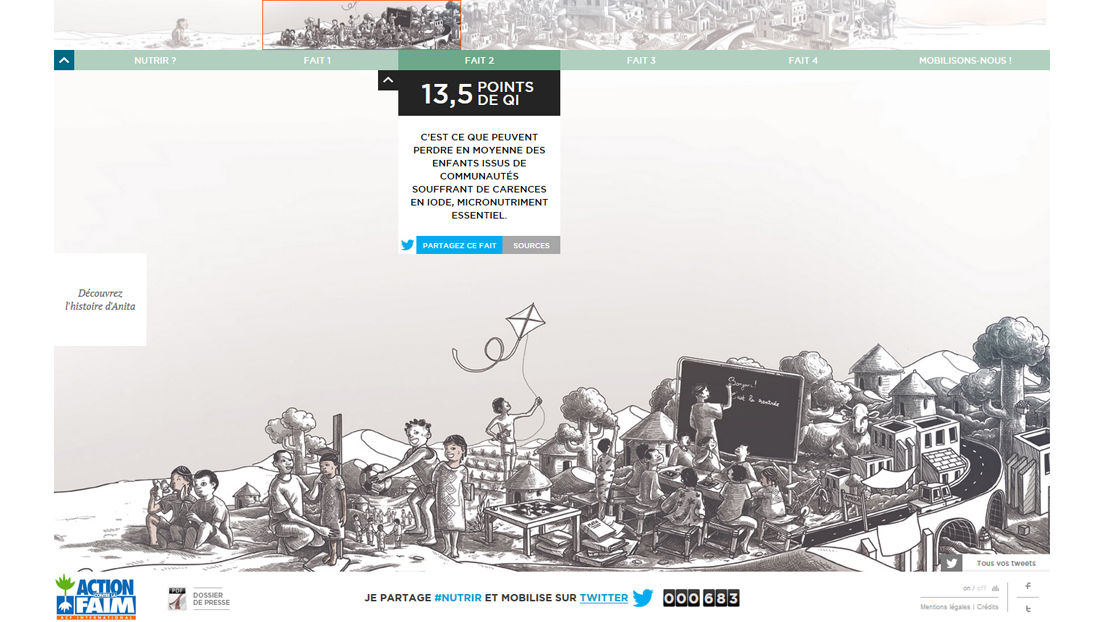 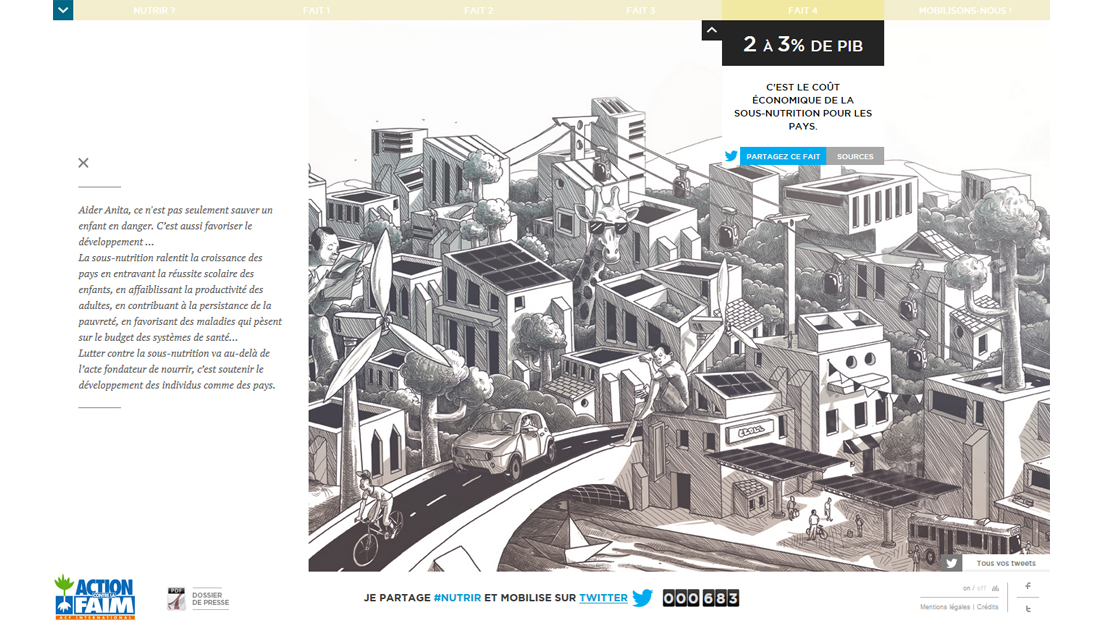 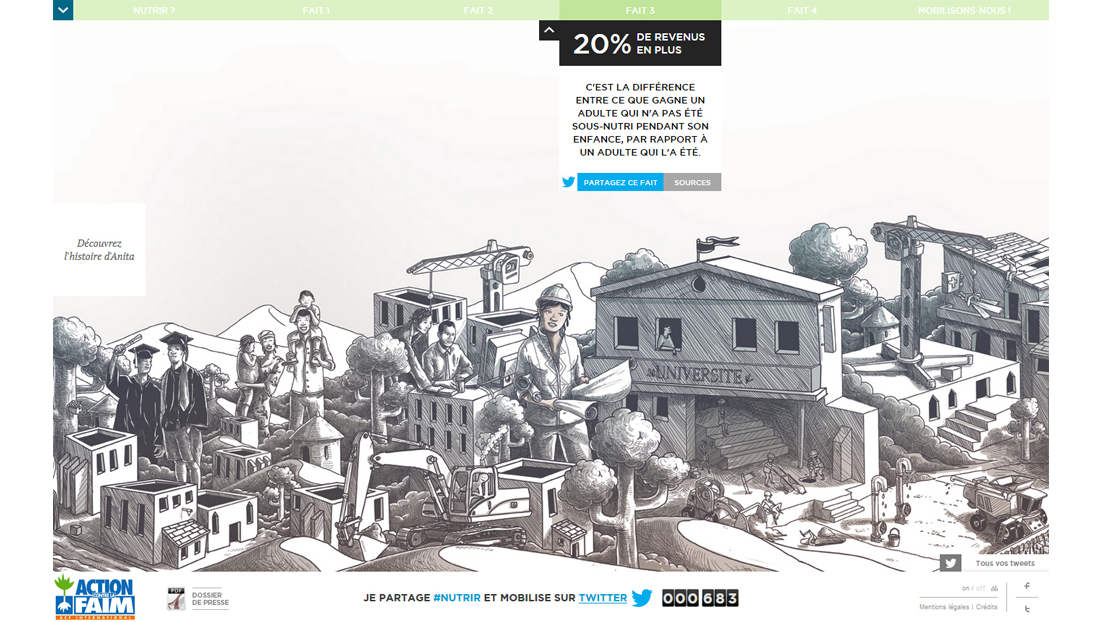 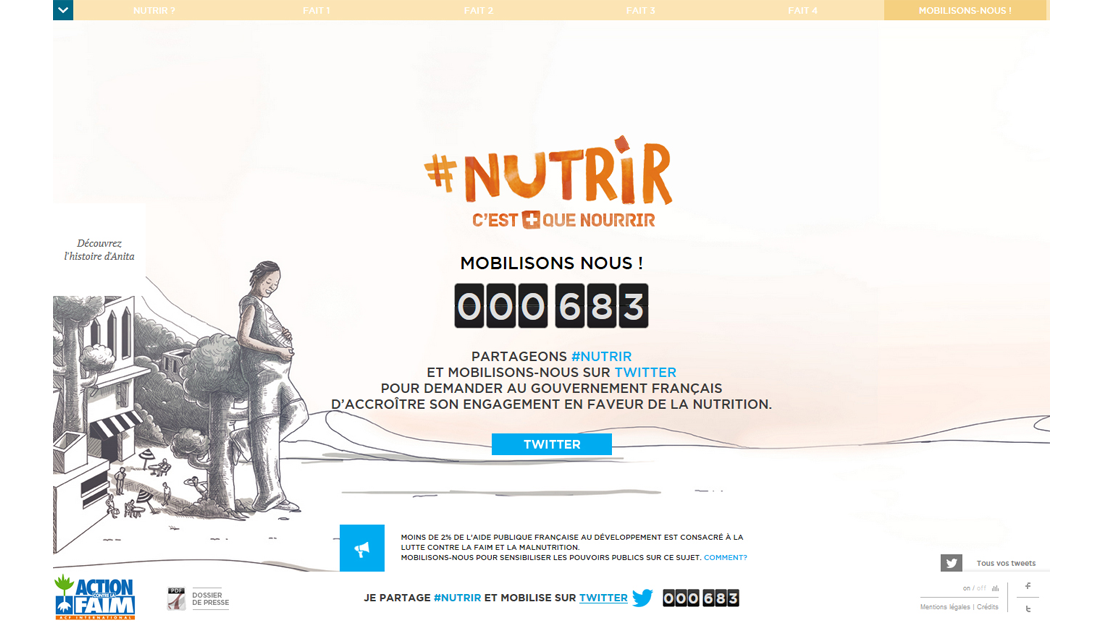 Previous work
back on taksim
Next work
Pom'potes